The Pathé Building in London’s Soho was the headquarters for the French film company, Pathé Films, who set up there in the early 1900’s. When the production company moved out, the building also entered a new era.

Working with architects, Sheppard Robson, who were tasked with transforming the structure from offices into apartments, we realised a design that utilised traditional box-stitching; a technique historically used in the construction of camera and film cases.

This was applied to a reception desk, the main staircase handrail, and lift handrails. We worked with full vegetable-tanned Spanish belting hides, which were available in large format tiles of a metre square. The leather has a dense and flat structure, which lends itself to box-stitching. A custom embossing detail was applied to the front desk. 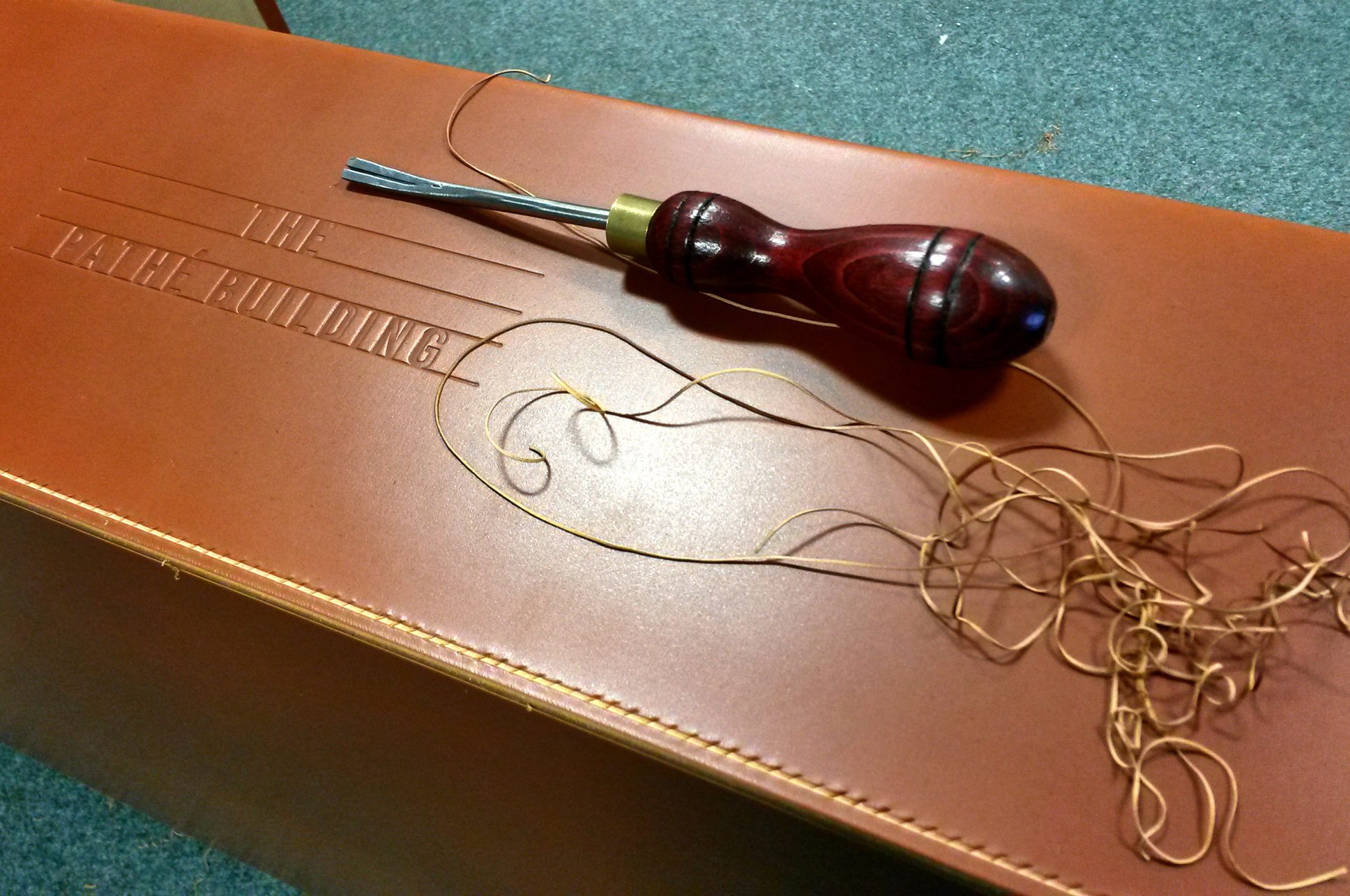 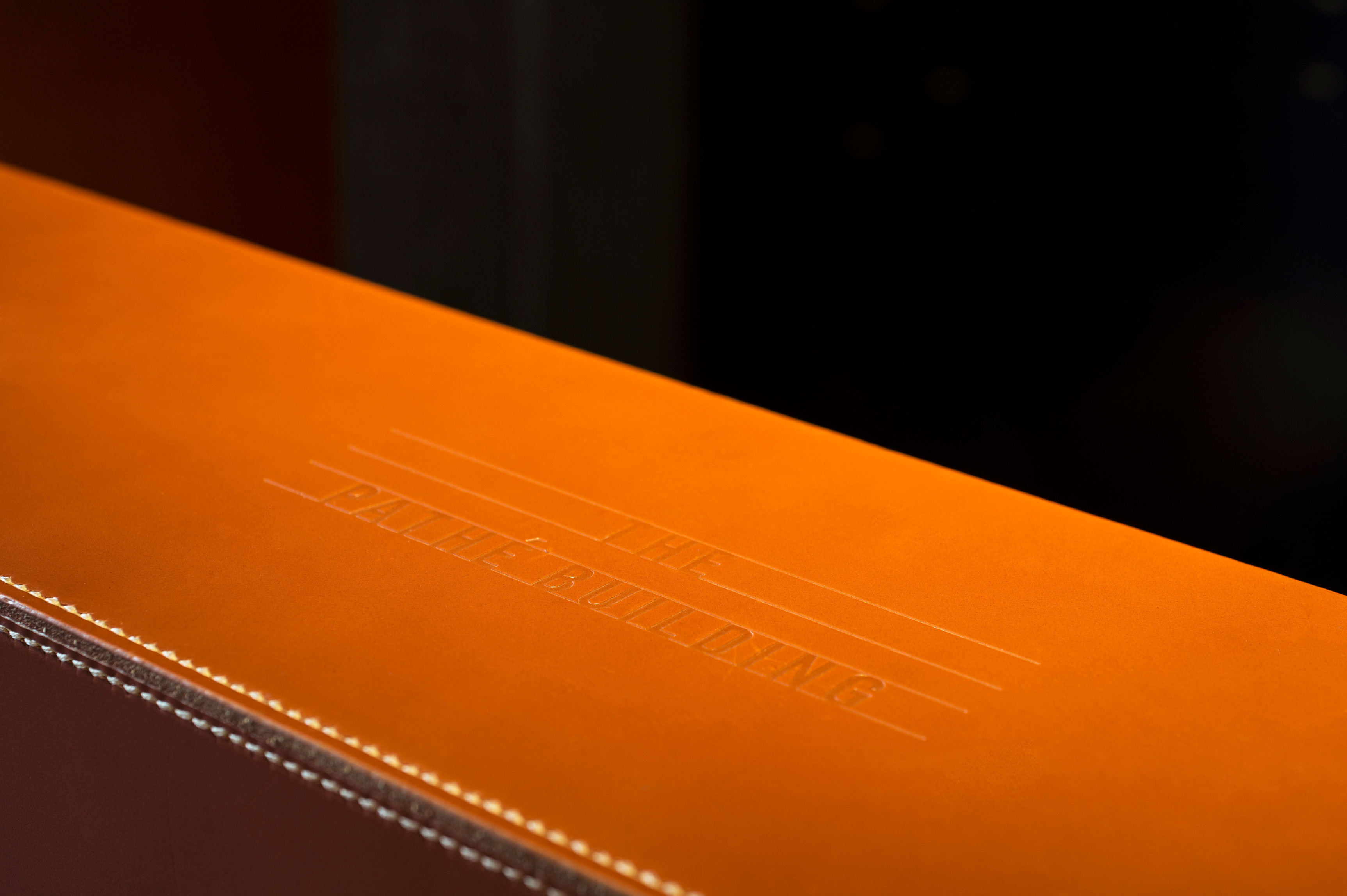 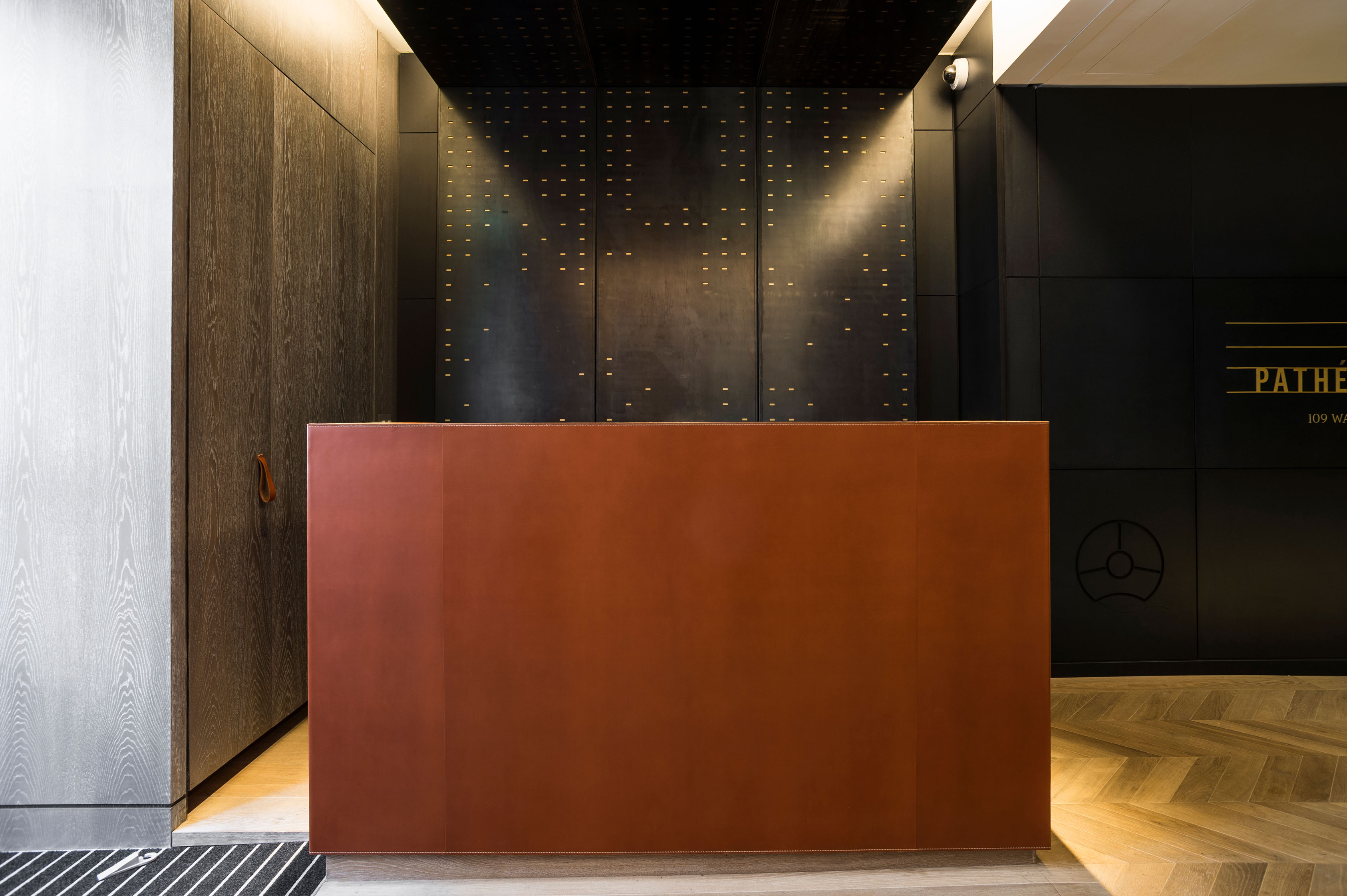 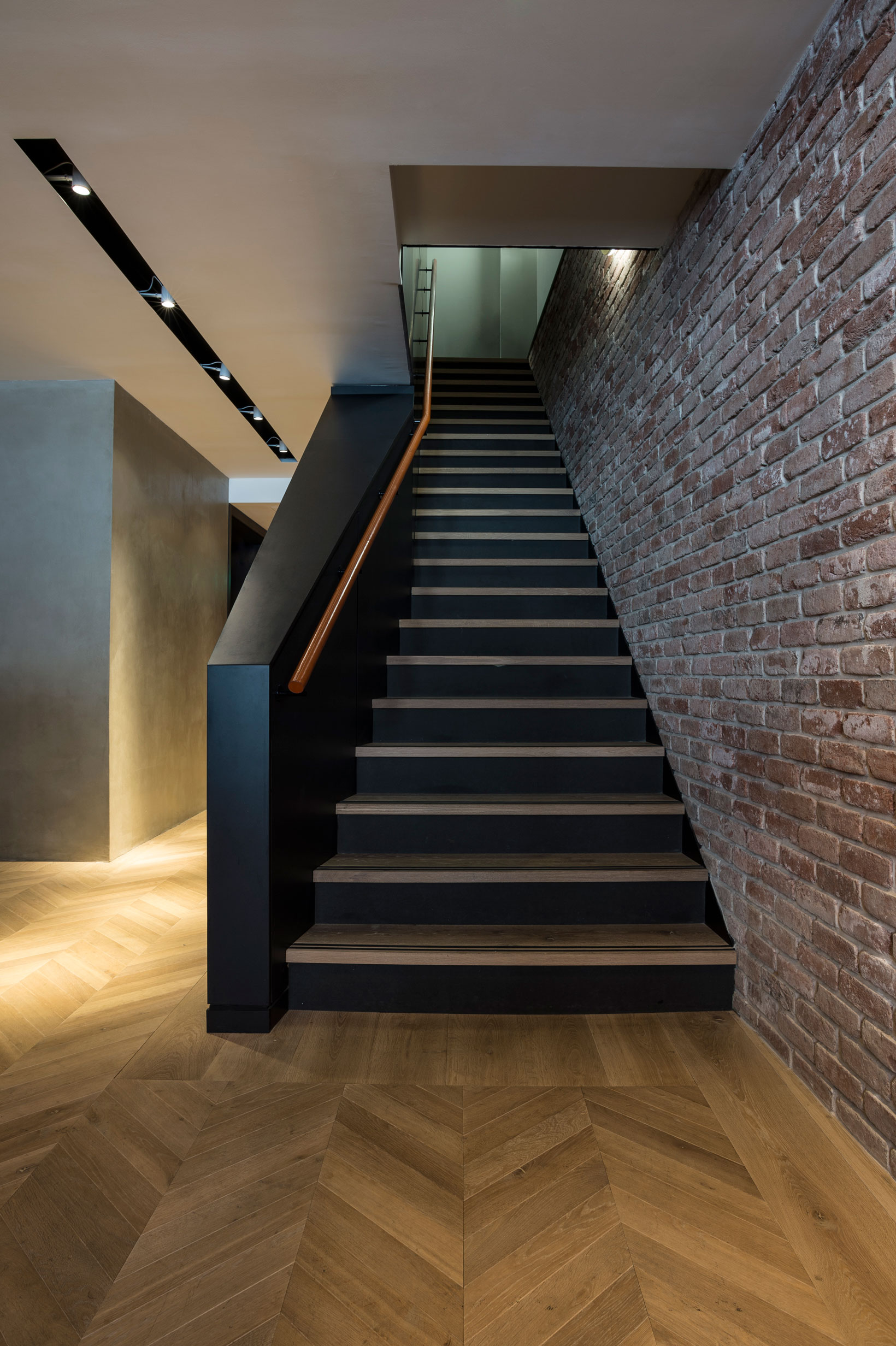